Oh look, another review of a volume of Sailor Moon. 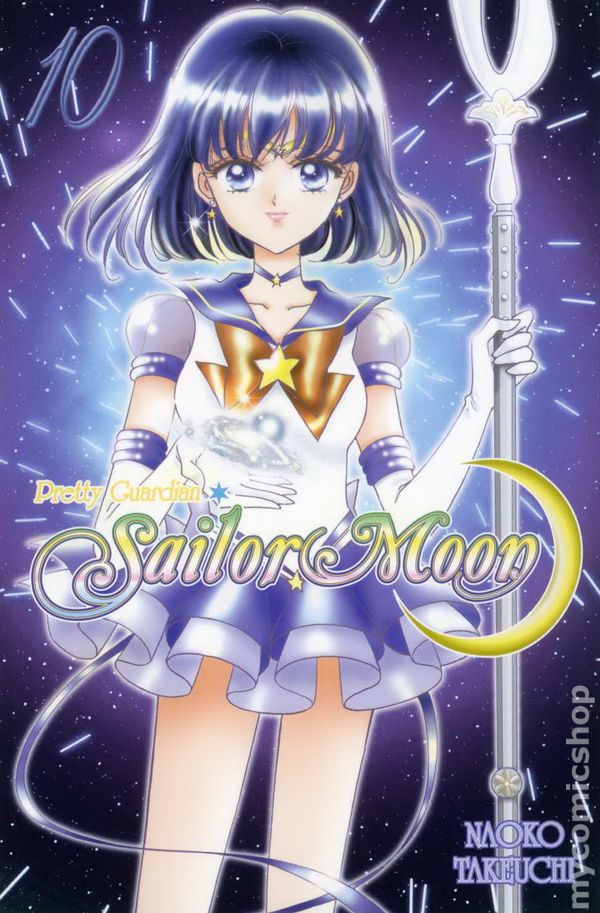 Volume 10 continues and concludes the Dream arc, where we learn a little more about the Dead Moon Circus and their motivations, and the origins of Queen Nehellania’s curse on Elysion. This arc has been all about duality: dreams and nightmares, the Amazoness Quartet vs. the Inner Senshi, Elysion and Earth, and Dead Moon vs. Silver Millennium, and now we get to see how it all comes together in this volume.

Unlike the other volumes in this series, I devoured this one in record time because–insert the Alleluia Chorus here–Kodansha apparently got a new translator so the translation is MUCH, MUCH better (although it is kind of too little too late considering this is #10 of a 12 volume set) I didn’t have to pause and try to understand what they were trying to say. The characters finally started to sound like real people instead of automatons. It was just a great read and seriously why couldn’t they have just translated it like this from the start? About the only weird moment is in a scene from the past where the characters start speaking in Ye Olde Butcherde Englishe and the way characters are still saying “Queen” instead of “Your Majesty” is just really annoying. Still, it’s certainly a vast improvement from the tragedy every other volume has been so far.

In short, the story continues to be great, the art is great, and the translation (apart from a couple hiccups) is now great, it’s such a pity this series had to suffer from such a lackluster translation until now.